The war of words has become a serious factor between two celebrities who have done well for themselves after they were fighting each other on social media this week, it’s clear that Ntsiki Mazwai has nothing to worry about or fear after bullying Kuli Roberts who has left many people wondering when she announced of joining politics.

But it’s not a bad thing for someone like kuli to join politics because she is well known in the country and this might help political parties to gain a lot of support because of her appearance, and she is also active on social media which gives her time to interact with her supporters so that they can know about her lifestyle and share ideas with them.

It’s all about numbers in politics were the parties that got a lot of votes is the one that gets the chance to govern and uses the majority votes in national assembly so that they implement new laws that will be affecting the people of this country, and this has helped many parties like Anc to be powerful in the national assembly and gain more support.

Parties have been using well-known celebrities as their face to the election campaigns to get support from their followers who respect them, and this has made people to go all out to the voting station to vote for their favorite political parties that have convinced them to vote for them in the coming election.

Maybe Ntseki Mazwai should leave Kuli alone to follow her new political career so that she can empower young women across the country to have someone who has all the capabilities, of making their dreams comes true because they are a lot of challenges that they are facing and they need someone who can help them. 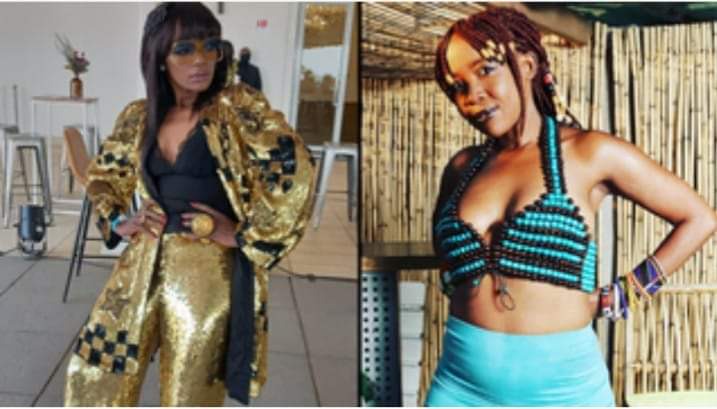 Can Ntseki be finally put on her place because she has caused a lot of drama on social media where she comments negative things about certain people, and many South Africans were not happy about it and sometimes it might damage her reputation because the industry is too small for someone to say this thing.

7 Views Hip-hop star, Nadia Nakai reacts to her boyfriend, AKA tipping a waitress R1000 after spending over R2k at the restaurant. Days ago, Bragga shared a video of her date with Kiernan on Tik Read more…

Barker – Pirates Draw A Bad Result For Us