Now that local government elections are approaching, the things politicians are doing to win people’s hearts are absurd. All those projects that communities have been asking for a long time will be opened. Not so long ago, ANC was making waves on social media after opening a soccer ground that they claimed cost over 15 million.

But looking at the quality of the ground, citizens were not convinced about the cost. Locals are now treated like VIPs as a means to lure their votes. For the past few weeks, most political parties have been going around villages and townships doing rallies and door-to-door campaigns.

Following all these campaigns, an ANC member caused a stir on social media after he was spotted doing the most unexpected. As they were doing their door-to-door campaigns, they found a woman doing laundry at her home and decided to help her with laundry. See the photo below: 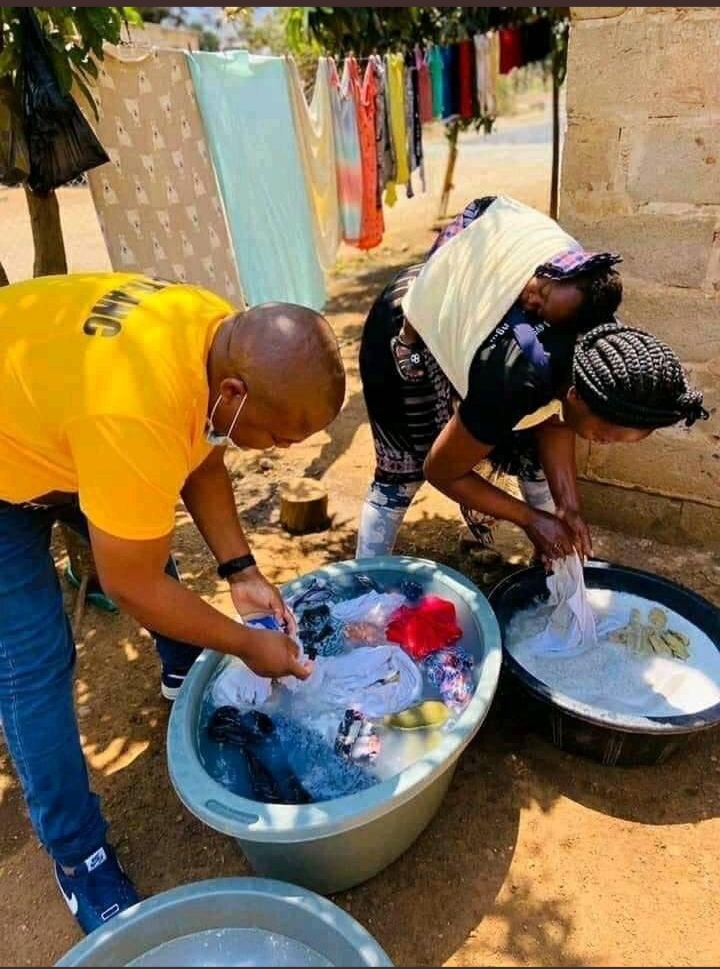 After this photo was shared on social media, people were left in stitches. It seems as if she ANC is doing anything possible to win people’s hearts. Unfortunately, you cannot rob a concluded mind. Everyone will vote according to the level of satisfaction they witnessed. See some of the comments from Twitter after this photo was posted:

The ANC is full of crooks. They know that grannies and old women can be easily lured. That is why they are working so hard to organize door-to-door campaigns. Since they are really dedicated to delivering service like they claim, they’d have delivered a good service in the past four years, not this last minute thing.

It is fortunate that people are now aware of how incompetent the ANC is. All issues will be solved on the ballot paper. What are your thoughts on this? Do you believe that doing laundry for old women is a good sign to show that they are willing to deliver good service?

Dj Maphorisa is not happy at all, after this has happened to him